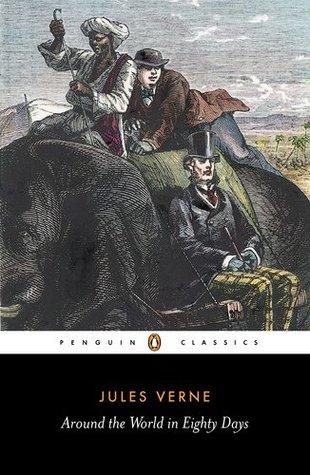 ISBN: 9780140449068
Pages: 252
Description: “To go around the world…in such a short time and with the means of transport currently available, was not only impossible, it was madness”

One ill-fated evening at the Reform Club, Phileas Fogg rashly bets his companions £20,000 that he can travel around the entire globe in just eighty days – and he is determined not to lose. Breaking the well-establised routine of his daily life, the reserved Englishman immediately sets off for Dover, accompanied by his hot-blooded French manservant Passepartout. Travelling by train, steamship, sailing boat, sledge and even elephant, they must overcome storms, kidnappings, natural disasters, Sioux attacks and the dogged Inspector Fix of Scotland Yard – who believes that Fogg has robbed the Bank of England – to win the extraordinary wager. Around the World in Eighty Days gripped audiences on its publication and remains hugely popular, combining exploration, adventure and a thrilling race against time.