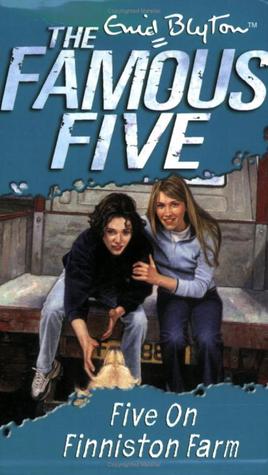 ISBN: 9780340796320
Pages: 218
Description: By book 18 Blyton is revisiting various themes and motifs. In fact you could probably construct this story fairly well using chunks from the other books.

We have yet another girl-who-dresses-as-a-boy to rival/challenge George’s early transgender leanings.

We have more twins.

++In a sign of the times we learn that Harry (Harriett) has cut her hair short to mimic twin Harry (Henry) because it would be crazy for Harry to have long hair instead. It seems that the 30s & 40s were rather tolerant of girls wanting to be boys, and wholly against boys wanting to be girls…++

We have more homespun archaeology of the sort that the TV series Time Team thoroughly undermined. Anyone who has seen various barely identifiable relics pried from the mud in actual archaeological digs will find it hard not to roll their eyes at Blyton’s hidden tunnels and pristine swords.

We have an extra dog for Timmy and a tame bird (a jackdaw for finding clues) both of which have featured before.

We have more farmhouse cuisine with salads fit for kings and ripe plums (presumably considered a delicacy since they were a succulent fruit that grew in the UK at a time when imports were rare and oranges were for Christmas).

We have objectionable Americans, brash and overly rich, set on buying up our history without any appreciation for it. If you look a little harder at Blyton’s hate-on for Americans, even the specific one who stands in for “baddy” in this book it seems hard to find anything actually unreasonable there. The American’s crime really boils down to having money and offering it to a farmer in need of money, in free exchange for things that farmer owns…

Anyway, the five befriend the twins, freeze out and then persecute the American boy, and finally spend all of an afternoon uncovering the hidden underground portion of the castle that is known to lie on the farm grounds but that nobody has ever found.

And once inside the miraculously preserved Norman chambers that have stood there for nearly a thousand years, they find unrusted arms and suits of armour (they sound like plate mail, but I am pretty sure the Normans wore chain mail and that if this really was kept, and left, underground then it would now be a brownish stain in the layered soil that had long ago filled the void. And of course there are gold coins and jewels.

One thing that interests me in these books is the finances. I have the strong impression that at some point the prices of goods and the sums offered on various occasions, have been updated to avoid the purchase of a new tractor for £20 of 1950s cash. But that the editions I have are now so old that the updated sums are also nonsense, sitting in a twilight world applicable neither to the original book nor the time in which it is now read. I feel they should have left the money untouched, even if it means flicking a sixpence at the children and telling them to buy lunch for them all then bring back the change.

Anyway, another installment in the saga of the un-aging five and their bucolic adventures before the day finally comes when they finally do grow up and fall into their upper middle class lives of privilege.