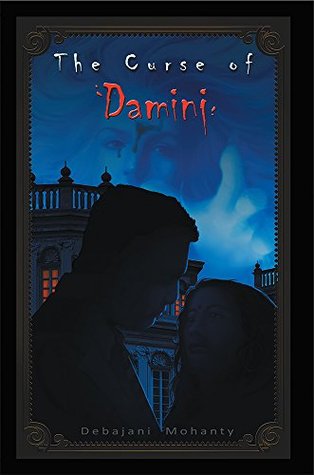 ISBN:
Pages: 200
Description: The world seemed not enough for free spirited Renuka, when she married the highly educated Shashank hailing from the mightiest Zamindars of Bengal. However, soon her life turned upside down when a neighbor revealed her of their sinister past.

It’s a mysterious supernatural curse cast on their family almost a century back. Generation by generation, Damini’s enraged curse had passed on, declining their family clan from hundreds to a handful few. Who would be Damini’s next victim? And why innocent lives are at a stake for a crime committed by an ancestor a hundred years back? Renuka would not settle until she finds an answer and in her quest she struggles to eradicate all the evils that come in her way. Would she ever win a battle against an unseen enemy? Would the wrong done to Damini be ever avenged?

Set against the nostalgic era of 1940s, the story narrates the arduous journey of Renuka Pal, the protagonist, from a rash teen age freedom fighter to the seasoned writer of the 21st century India. In this thrilling saga of death, betrayal and power plays the narrative would cover a large chunk of twentieth century history. The passing of time, historical events and the changing country is so well-woven to the story that one would hardly differentiate between fact and fiction.

This novel, through set in a land on the opposite side of the globe and in a culture often deemed downright alien, turns out to have a surprisingly relatable story in the growth and struggles of the young Bengali woman Renuka Shekhar. – Portland Book Reiew, USA

Mohanty’s debut novel tells the life story of a female born in India during the British occupation, following her to modern times while chronicling her struggles against male-dominated Indian culture…. The author knows Indian customs and traditions and writes with authority about both. —Kirkus Reviews, USA

There are many things to look for in the book… Almost all characters are very well developed and well placed. The suspense and mystery created in the start runs well up to mid book…The book starts with a bang…Her writing style is interesting and impressive which makes her an author to watch out for and I will keenly look forward to reading her next work. – Metro India

I bless Debajani on her maiden venture. This young lady today has opened eyes of many. She has the compassion as well as the fire of a worthy writer. Through her work she has dreamed of a better and safer world for all females. Through her work she has challenged Almighty God himself and his creation. Her compassion, her fearless spirit, reminds me of my early days – Padmashri & Gyanapitha awardee Dr Pratibha Ray